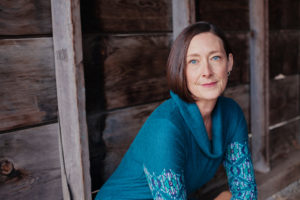 Amber J. Keyser is a former ballerina and evolutionary biologist who writes both fiction and nonfiction for tweens and teens.

Her young adult novels include POINTE, CLAW (Carolrhoda Lab, 2017), an explosive story about two girls claiming the territory of their own bodies, and THE WAY BACK FROM BROKEN (Carolrhoda Lab, 2015), a heart-wrenching novel of loss and survival (and a finalist for the Oregon Book Award). She is the co-author with Kiersi Burkhart of the middle grade series QUARTZ CREEK RANCH (Darby Creek, 2017).

Her next book, NO MORE EXCUSES: DISMANTLING RAPE CULTURE, will be available in 2019.

Amber lives on the dry side of Oregon with her husband, two kids, four chickens, and a dog who looks like a Muppet.