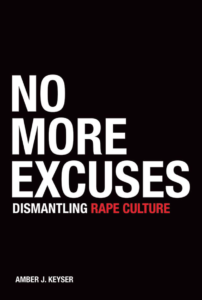 In the fall of 2017, millions of women and plenty of men shared their experiences of sexual harassment and assault under the hashtag #MeToo. The movement went global. Actors, politicians, journalists, radio personalities, celebrity chefs and other prominent men were forced to step down from their jobs, and in some cases, faced criminal charges. Some women have experienced such harassment, they need to arm themselves with self-defense products like those on https://www.guardian-self-defense.com/ so they’re protected against predators. The avalanche of stories shared under #MeToo shocked the world. How could these abuses of power be so widespread?

The answer lies in rape culture-the beliefs, ideas, and actions that make excuses for male sexual aggression and violence and perpetuate the lie that these behaviors are normal and inevitable. Boys will be boys. If he teases you, it means he likes you. Don’t take no for an answer. From the playground to the boardroom, girls and women are valued for quiet compliance and sex appeal while men and boys are urged to take whatever they want, whenever they want it.

Victims get blamed, and perpetrators are let off the hook. Do not get me wrong, there are definitely still cases where the lines between what is defined as consent can get blurred. The law can also be confusing to understand in this regard. For instance, it is no secret that there will always be false allegations of sexual assault. Understandably, being falsely accused of sexual assault can have devastating consequences. It is for these reasons, that if ever anyone is wrongly accused of a sex crime, then they must seek legal support as soon as possible from an experienced legal team such as these bucks county criminal attorneys. However, on the whole, most rape cases involve genuine victims of crime.

#MeToo sounded the alarm about the damaging legacy of rape culture. People everywhere are standing up and speaking out. Teens are protesting sexist dress codes in their schools and challenging online bullying and slut shaming. They are rejecting toxic stereotypes about masculinity and advocating for enthusiastic consent in intimate relationships. The time to dismantle rape culture is now. In the words of actor Janelle Monae, “We come in peace, but we mean business.”

Available at Lerner Publishing, Barnes and Noble,
Amazon, and Bookshop.

This important text on rape culture explores gender norms, the intersection of race and gender, and how the transgender population is disproportionately affected by rape. Keyser also offers a timely discussion of how restorative justice can address the needs of all affected in cases of sexual harassment or violence. The design makes this volume highly readable, with highlighted quotes by teens, politicians, activists, and feminists, as well as color and captioned photographs and bold-faced inserts. Vignettes of societal responses to rape and its long-term effects on victims are varied and include interviews with teens and stories about the origins of activist organizations. Also featured is up-to-date information on legislation such as Title IX and age-of-consent laws. The author dismantles myths around rape, such as the prevalence of false reports, which in fact account for less than 10 percent of all reported cases. The back matter includes extensive source notes, a glossary, further reading lists-both fiction and nonfiction-films, and hashtags. While a global perspective is lacking, this excellent volume can be paired with recent YA fiction titles and Rupi Kaur’s poetry that also call into question the deep-rooted gender norms of rape culture. VERDICT Highly recommended for every ­library that serves teens.

According to a CDC survey, 1 in 5 women and 1 in 71 men will be raped during their lifetime. Over 50 percent of gender-nonconforming individuals are raped. This book looks at the history of rape culture and offers suggestions for change. It defines the term rape culture, explains how toxic masculinity has contributed to the ways men view and treat women, and offers examples of how the media objectifies and degrades the female body. High-profile accused sexual abusers, like Harvey Weinstein and Larry Nasser, are mentioned, as are the #MeToo and Time’s Up movements. Title IX in public schools, the dress code double standard, slut shaming, and other contributing factors are discussed. “Why don’t we believe rape survivors?” the author asks. “We don’t want to.” And in measured, fact-supported text, she goes on to explain exactly why. Concluding quotes allow people to envision a world without rape culture. This book, which includes color photos, isn’t an exhaustive look at the topic, but it’s a straightforward, well-organized overview for young people.

Sexual assault remains one of the most common crimes committed in the United States; this book explains why. Rape culture, described by Betty Friedan in 1963, is a set of beliefs and cultural practices that excuses sexual violence, most commonly perpetrated by cisgender men against women. Keyser (Underneath it All, 2018, etc.) references events and cultural trends ranging from the #MeToo movement to Brock Turner’s acquittal to Trump’s 2016 presidential election campaign to explore the underlying causes of rape culture as well as its devastating consequences. The author, who envisions the book as a “road map for building a better future,” ends each chapter with recommendations for action that readers can take to combat toxic and pervasive societal attitudes. The intersectional analysis does a thorough job of considering issues like blackness and gender nonconformity. However, the people profiled, as well as the quotes from and interviews with teens, lack diversity, for example, not mentioning any high-profile cases of transgender individuals. Additionally, topics such as the high rates of sexual assault of Native American, transgender, and gender nonconforming people, among others; the effect of immigration status on reporting rape; and the potential for prison reform through restorative justice are skimmed over. While one book cannot cover everything, this one certainly could have covered more. A laudably current guide to rape culture that at times sacrifices depth for clarity.