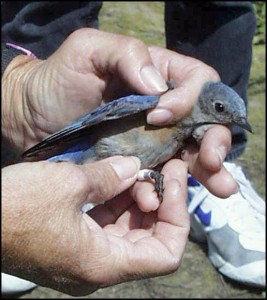 I have master’s degree in zoology and a doctorate in genetics.  Being a conservation and evolutionary biologist allowed me to explore my deep curiosity about how and why animals do what they do.  My research has been published in many peer-reviewed scientific journals.  I have taught genetics at several universities in the Portland area.

Being a scientist starts with observing nature and wondering just what the heck is going on.  The next step is figuring out all the possible explanations and designing experiments to sort out the right one – this part was creative enough to satisfy my artsy side.  I also liked carrying out the experiments by collecting data carefully and completely.  Always a math-head, I thought statistical analysis was pretty fun too.  The last part is writing – telling the story to other scientists.

Some of my projects included:

Some of my scientific publications:

Keyser, A.J.  1999.  Condition-dependent variation in the blue-ultraviolet coloration of a structurally based plumage ornament.  Proceedings of the Royal Society ofLondon, Series B 266: 1-7.