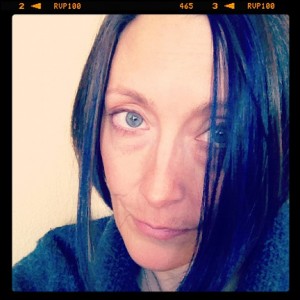 Garth Nix gave a fabulous speech a few years back about how writers take kernels of reality — images, emotions, events, people — and spin them into fiction.  No longer recognizable (usually) because they are  both more vivid and raw than reality was and also deeply interwoven into the narrative, these kernels take on a life of their own.  But they retain the smells and sounds of truth and that is what enables a skilled writer to evoke an emotional response in a reader.

An example:  Last week I worked on a fight scene that is built around a fight I narrowly avoided when I tried to intervene in a domestic dispute between two strangers.  There were lots of reasons I should have walked away from that situation, but I didn’t partly because I wanted to help and partly because I was an angry young woman with something to prove. I drew on those feelings to write the scene, and I hope that it makes the reader believe in my character’s reasons for getting involved.  I want them to feel like her choices were inevitable and if they had been in her shoes, they would have done the same things.

What’s not so cool is when there is blow-back.

Sometimes the fiction bleeds back into real life.  Last year, I was working on a young adult novel that centers around the unlikely friendship of a fifteen-year-old boy and an eleven-year-old girl brought together by shared tragedy.  Their tragedy is one I’ve lived.  When I showed the first chapters to my critique group, Nicole asked me if I was really ready to write that book.  Was I ready, she pushed, to feel what I would have to feel?  Could I take going back to that place of broken-ness day after day after day?  What about critique on something so dear and so raw?  Would I be able to handle it?  Ultimately I decided that I was ready for it, but I definitely spent much of the year draped in a touch of depression.

Now I’m writing an impulsive, reckless, limit-pushing heroine.  To get Mara right, I’m drawing on what good, responsible kids would call their “gap” year between high school and college.  For me, it was twelve transgression-filled months, which I’m damn lucky to have survived at all.  (Not getting my ass-kicked in the aforementioned fight being one example of many dangerous situations I landed myself in.)

Now I’ve grown up and made good and am generally a respectable citizen, but writing Mara means digging up the dirt and drawing on it.  I’ve abandoned the indie folk rock I usually listen to and have switched to much more hard-charging, punk inspired music.  I’m reading edgier fiction and watching edgier movies.  It’s all supposed to make my writing better and more real, but Mara’s impulsiveness is rubbing off on me.  I’m pushing more limits than I usually would.  I’m taking more risks.

So far, there’s been no serious collateral damage…  except the blue hair.  Thanks, Mara!

4 thoughts on “When writing inflicts collateral damage on real life”