THE WEDNESDAY WARS
by Gary Schmidt 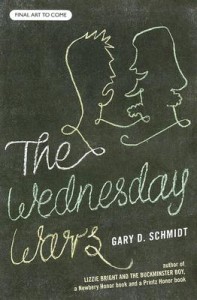 Meet Holling Hoodhood, a seventh-grader at Camillo Junior High, who must spend Wednesday afternoons with his teacher, Mrs. Baker, while the rest of the class has religious instruction. Mrs. Baker doesn’t like Hollinghe’s sure of it. Why else would she make him read the plays of William Shakespeare outside class? But everyone has bigger things to worry about, like Vietnam. His father wants Holling and his sister to be on their best behavior: the success of his business depends on it. But how can Holling stay out of trouble when he has so much to contend with? A bully demanding cream puffs; angry rats; and a baseball hero signing autographs the very same night Holling has to appear in a play in yellow tights! As fate sneaks up on him again and again, Holling finds Motivationthe Big Min the most unexpected places and musters up the courage to embrace his destiny, in spite of himself.

This is not a specifically Jewish book, but there is a wonderful subplot that involves a bar mitzvah. The scene in which Holling Hoodhood’s friend Danny is called to the Torah is a fabulous, warm depiction of what happens during this important ceremony. My kids were so excited to see this part of their lives portrayed in a book. (My son’s bar mitzvah was in February. My daughter’s bat mitzvah is coming up.) 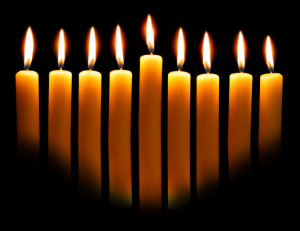