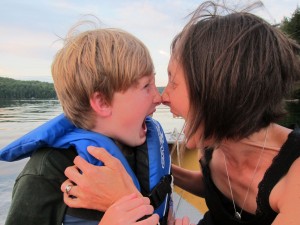 So my new project, Angel Punk, is a transmedia project, and I’m going to be on a panel at KidLitCon in a few weeks discussing transmedia.

“How is that different from Star Trek?” you ask.

Good question.  Star Trek, Star Wars, Harry Potter, and other astronomically popular franchises started in one form of media,  a TV show, a movie, or a book.  It became popular and the story spread to other media forms.  Transmedia starts out in multiple places.  We recognize that there are multiple points of entry into a story both because some consumers prefer books or gaming or movies and because some facets of the story are more interesting to some readers than others.

One key component  to transmedia projects, however, is consumer (I hate that word but reader/viewer don’t cut it) participation.  More than ever we want to be a part of our favorite stories.  I have a quidditch t-shirt.  I geek out following Neil Gaiman on twitter.  I get sucked into online explorations of the Game of Thrones universe.  Most transmedia projects want talk back.  We want to know what people like and don’t like.  We want to include consumers in the process.  We want some collective consciousness on board for story telling.  If you think about it, it’s like that game where everyone takes turns making up a few lines of a story.  I love it!

See you around the social media fire pit for the next story session!