When I heard that THE WAY BACK FROM BROKEN was receiving a starred review from Booklist, I went a little crazy. As I shared the news with my family–I got a star! I got a star!–my son stopped me. “Wait a minute, mom. I thought one star was bad.”

And thus we ended up discussing the meaning of stars.

Reviews are both torment and blessing for authors. The bad ones are a bitter pill even though we know (and appreciate) that not every book will appeal to every reader. The good ones are a better than espresso for motivating us to write more books. And, like it or not, reviews matter to sales.

The top reason people will buy a book is because it was recommended to them. Amazon reviews and Goodreads reviews (and their star rankings from 1-5) are the next level up from a personal recommendation. In this realm of reviews by readers, five stars are the magic elixir that raises our book from the depths, and a single star is what we give the neighbor’s dog when he goes poop in our yard.

The system with professional reviewers for trade industry outlets like School Library Journal, Kirkus Reviews, The Horn Book, and Booklist is a little different. Among these reviews, only a small fraction of the books reviewed are given a star. In fact, getting reviewed at all is considered an accomplishment. These reviews are important because libraries and bookstores use them to make decisions about what to buy.

Then there are the coveted New York Times and NPR reviews… Most authors never get covered by those outlets much less end up on any of their “best of the year” lists. Local media is more accessible and ultimately more useful to most of us.

It’s weird business, for sure.

We authors need the reviews (no matter the stars). So if you read a book you like (or don’t), post something on Amazon or Goodreads. Even a couple of sentences helps. And authors appreciate it!

As for me, I try not to fret too much about stars. There are plenty of fantastic books that never get the big industry reviews, and other spectacular reads that earn dog-poop-single-stars online. I also try to remember that…

… Sneetches are Sneetches
And no kind of Sneetch is the best on the beaches
That day, all the Sneetches forgot about stars
And whether they had one, or not, upon thars.

Thanks, Dr. Seuss. You’re the bomb! 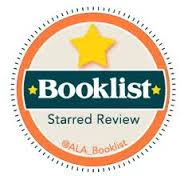 Keyser’s debut novel is an exquisite and enthralling exploration of loss, love, and healing. Rakmen, 15, is stuck going with his mother to what he calls the “dead baby club,” a support group both for parents who have lost their children and for surviving siblings. Rakmen’s baby sister, Dora, died in his arms, and he blames himself for not noticing that she was in distress until it was too late. The newest members are Mrs. Tatlas, his science teacher whose child was stillborn, and her 10-year-old daughter, Jacey, who is immediately drawn to Rakmen. Though he has an uneasy relationship with the girl, since any brotherly feelings he has for Jacey remind him of his dead sister, to his surprise, he finds himself traveling to Canada with Jacey and Mrs. Tatlas and embarking on a long-distance canoe trip, paddling and portaging through the wilderness. Whether Keyser is describing sensations, like holding a baby or riding the rapids in a canoe, or Rakmen’s palpable grief—“a sludgy wave of pain”—she does so with evocative language and a delicate touch. With a cast of diverse well-rounded characters, poignant relationships that never become schmaltzy, and a compelling high-stakes adventure, this vivid, moving exploration of grief and recovery hits all the right notes.