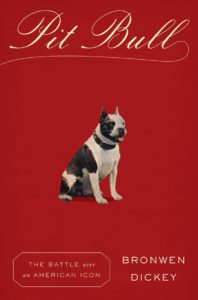 I just read an amazing book by Bronwen Dickey called PIT BULL: THE BATTLE OVER AN AMERICAN ICON. It is a deeply-researched and deft description of the way fear, racism, classicism and the denial of data have lead to discrimination against pit bulls and their owners.

Before reading it, I would have looked askance at any dog that resembled a pit bull. After reading, I have a completely different perspective. I learned so much from this book, including the basic impossibility of looking at a mixed-breed dog and making solid inferences about its breed stock, the breed-specific laws that hurt primarily poor people and people of color, and the massive myth-making around these dogs.

As I read, I was struck by how the historical and social narrative that Dickey details mirrors similar false narratives like the demonization of Hillary Clinton and the refusal to analyze these narratives with actual data and statistics.

The story of the pit bull is inextricably tied to the story of race in America and thus it is an important social justice story as well. In fact as Dickey concludes: “What pit bulls have taught us is that justice for animals cannot happen at the expense of social justice for humans. The divide between the two that has existed for almost two centuries needs to be bridged. If we fail to do that, the cycle is destined to repeat itself with another type of dog and another group of people.”

As a side note, this book came onto my radar screen because the author was targeted with death threats and hate mail upon its publication. She required security at her book events. Who were these people? They were anti-pit bull activists NOT the so-called “thugs” who own pit bulls. After reading Dickey’s book, it is hard not to see racism at the core of the hatred leveled at these dogs.

If you want to support organizations that are doing excellent work helping both dogs AND their owners, check out Pets for Life and the Coalition to Unchain Dogs. 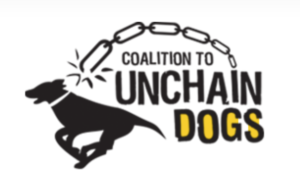