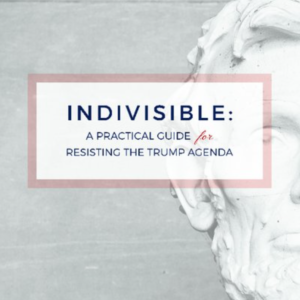 I remember with great clarity the moment when I really “got” evolution. Before that I could have given you a vague explanation for evolution, but that was book learning. The moment I’m talking about was a revelation, an awakening, an eye-opening realization: THIS IS HOW THE WORLD WORKS! Suddenly I grasped that given a few fundamental principles, the inevitable conclusion was that the diversity of life on this planet is explained by descent with modification. It was a fireworks moment.

I’ve just had another one, and this time I have the Cheeto President to thank for it.

I believed/assumed that our democratic system of government was unassailable. Some people chose to get involved and run for office or work for campaigns, while others, like me, voted and donated money. Sometimes my candidates won. Sometimes they lost. Sometimes I liked policy changes. Sometimes I didn’t. Ho-hum. Politics as usual.

What I did not know until now is that democracy, even one as lauded as ours, is constantly in flux. It must constantly be defended lest it fall away from the delicate balance of powers that defines it. Like a house by the sea, we must reinforce the foundation and re-shingle the roof. Voting is no longer enough. Speaking out and insisting that each branch of government does its job without overreaching its bounds is an absolute necessity.

The democratic experiment that is America is on the knife-edge of an autocracy. Without us, the people, raising our voices and our fists, it will crumble. We must write a new narrative.

And you know what? I am made for that. I am Jew. I know history. That means I recognize the beginnings of fascism. It also means that means I know how to wrestle with the story we are telling ourselves. I know that we must constantly re-interpret and re-vision the story that we are living. I am a writer. I am made for telling the story that I want to fight into existence.